Mrs. Nesbitts' ABC-Wednesday Round ~ 17 U

Hello and good morning, -afternoon, -evening, dear people who participate is this wonderful photomeme, which is a joy to me, week after week, after week. I am always curious to what everyone of you comes up with!

We, people, are all alike and at the same time, nobody equals every other person. That is unique all by itself. Of course... we will meet, throughout our entire life, people who we don't like from the first second. Sometimes that changes and sometimes it doesn't. The uniqueness of every person makes that one 'deserves' a closer look. Can that other one become someone who we will (learn to) love and cherish or avoid in the future? The unique factor is that we will never know what will happen between you and that other person, it will always has a surprising element in it. A nice one ore a lesser nice one.

I think that I am not the only one who has 'been forced' to conclude that the first impression was wrong at sometimes, in both ways. One who seemed a very nice person turned out to be not and the other way around too. I even think that I am not the only person who had to let go someone which I loved because of whatever reason which caused that person and me to get 'strangers'. There are people who say that love and hate lie close to each other. And yes, they might be right but Love is a wonderful feeling where hate is not even though both feelings are genuine and have the right to exist. Personally I've learned that hate will hurt just one person, myself... the lesson I've learned from that is that I don't want to live my life and waste time with hating people.

It took some time, of course, to make it, how do I put it..., to learn to let go the negativeness about someone who I once loved, maybe still do, but don't want to let be part of my life in the future. One can love another person but not like him?! So... unique is my word of choice for this week's challenging letter. Like you and anybody else, I am a unique person and I think we all should be proud about what we have accomplished so far no matter how bad and hard some times were and, (hopefully not!) will be in the future to come. Every moment is a unique one, wich we should try to make the best off! We will never get the chance to do it over again. Wishing you the awareness of the uniqueness of every moment and the ability to enjoy and cherish it to the fullest!

Email ThisBlogThis!Share to TwitterShare to FacebookShare to Pinterest
Labels: U, unique

T is for Tease

It's that TIME again.

When I get to TEASE you with a sneak preview of the design for next round's badge.

I'm being terribly selfish this round and going with something near and dear to me.

Many of you know I was in a serious industrial accident ten years ago.

After years of rehab and physical therapy I was able to return to work this year driving a TRUCK.

Since the number 18 makes me think of TRUCKING, I wanted to do something for round 18 that paid a TRIBUTE to the men and women around the world who work long hard hours to bring us the clothes we wear, the cars we drive, the toys we enjoy, and the food we eat.

Additionally, as Roger pointed out to me, many people start driving at the age of 18, or start their own adventures heading out into the world, so this is a nod to the freedom of 18 as well. 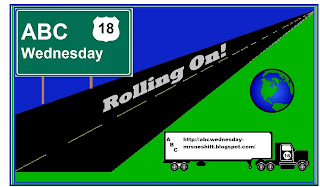 Keep on TRUCKING, ABC Wednesday! 18 and rolling on.

Now that you've seen my TEASE, It's your turn.

What did the letter T inspire you to blog about this week?
***

I feel like being silly so here's some silly prose

and I hope it makes you smile.

There was an old lady of France

who taught little ducklings to dance

They only said  "Quack"!

which grieved that old lady of France 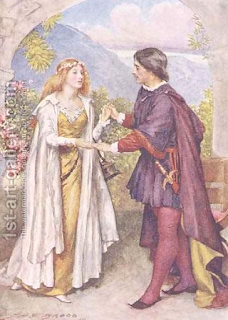 I'll draw a sketch of thee

What kind of pencil shall  I use

I tried to ride a Skateboard, 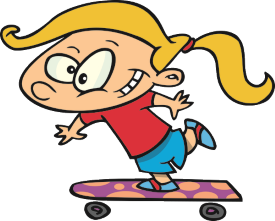 I fell and scraped my knee,

I tried to ride a bicycle

I crashed into a tree.

I tried to ride a scooter

I landed on my chin,

I tried to ride a unicycle;

lost a bit of skin.

I even tried a tricycle 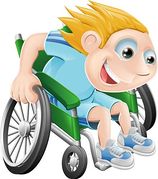 but ran into a wall,

I'm happy in this wheelchair now

I never fall at all.

My thanks to the sensational Denise for devising ABCW and also to the sagely Roger our admin man! Not forgetting the team of saintly admin helpers too!
***

R is for Roger Green

Ken Levine, the "Emmy winning writer/director/producer/major league baseball announcer" wrote about other guys named Ken Levine. That was such a swell idea that I thought I'd follow suit. Well, not EXACTLY; I thought I'd use my OWN name instead. Let's start with the Wikipedia:

Roger Green, the Welsh professional rugby league footballer of the 1930s, who was born before 1915, which makes him very old.

Roger (Gilbert) Lancelyn Green (2 November 1918 – 8 October 1987) was a British biographer and children's writer. He was an Oxford academic who formed part of the Inklings literary discussion group along with C.S. Lewis and J.R.R. Tolkien."

Roger Curtis Green (15 March 1932 – 4 October 2009) was an American born, New Zealand-based archaeologist. He was very accomplished, and I was actually sad when he died.

Roger Green (born 2 June 1943) is a Canadian former sailor who competed in the 1968 Summer Olympics.

Roger Green founded Roger Green and Associates, Inc. (RG+A) in 1991. He serves as President and Chief Executive Officer. Over the past twenty years, Roger has worked to design marketing research methods, insights, and modeling tools that promote greater understanding of what drives value in pharmaceutical markets.

Roger Green, co-founder of one of the first alternative medicine centers in Australia, served as director of the Australian School of Healing from 1985 to 1999.

There are more, surely.

Roger L. Green the legislator, of course, worked in Albany, which is one of the reasons I tend to use my middle name, to distinguish myself from him. Moreover, he's black, and sometimes when I'd be introduced to people, they'd ask if I were in the Assembly; heck, no, I'm MUCH taller than that guy, by three or four inches at least.

One day, I came home from work, and there was a phone message from WCBS-TV in New York City, asking me to call them. They wanted to know if I had a comment about the death of Yusuf Hawkins in Bensonhurst. I hadn't seen the news yet, so I had no idea who Yusef Hawkins was, quite possibly until the next morning. But, naturally, they didn't want MY comment, they wanted Roger L. Green's, who represented that part of Brooklyn.

Too many state legislators in New York State have been involved in illegal activities, and Assemblyman Green was no exception: "Green resigned his seat in June 2004, after pleading guilty to petty larceny in connection with $3000 in false travel reimbursement claims. As part of a plea deal, he served three years' probation, was fined $2,000 fine, and had to pay $3,000 in restitution. Later than same year, he ran and was re-elected to the same seat."

But he ran for Congress a couple years later and lost, so isn't in Albany anymore.

An InLinkz Link-up
Posted by Roger Owen Green at 12:00 24 comments:

Q is for quiet

Hello and good morning, -afternoon, -evening, dear people who participate is this wonderful photomeme, which is a joy to me, week after week, after week. Always curious to what everyone of you comes up with.

This week's challenging letter is Q. The word I've chosen this time is "QUIET". On the photo you see Nigel Brown. He is a Dutch performing artist and for the past 4 years part of the cast of JEANS. 25 September 2015 started the new season.

At this particular moment in the show... he stands on stage all by himself with 1 of the 4 musicians behind him and together they perform the Jeans-version of "Bridge over Troubled Water" which is the most 'special' moment in this new show, not only for me but for many other people to, other cast- & crew members and fans as well.

I 'hear' you thinking: "why?" The 30th of July a very dear friend of mine passed away and on his funeral this song was played. That friend of mine has worked for JEANS since 1997... so almost all of JEANS-related people know (of) him, worked with him and loved him, maybe even more than I did and still do. This season, in every show, Nigel sings that song ... which most of the times makes me cry, of course. But still... the most beautiful part of this seasons show for me!

Quiet... because we all miss that friend... Quiet... in prayers and talks to remember him ... Quiet... listening, feeling Nigel's (& mine) love for that special friend, none of us will ever forget. Quiet... in gratitude for having known... and love him. Wishing you many of those special 'quiet'-moments to remember and cherish the good things and people in your life! ♫ M e l ☺ d y ♫
***