I feel quite Pleased and Privileged to be Part of this Phenomenal Post. This Post brings so

many People to this fine space. P also stands for Parties  and what can be the greatest than

this life itself? Please do follow the rules and Policies of this blog and I am sure all of

us will have fun. In case I haven't followed what I Preached myself

One of my fav movies, Phenomenon with John Travolta was Pure fun to watch too. It reminds me of my Peculiar ways !! Come on People lets get Posting !! Happy Wednesday !
Posted by Unknown at 07:07 25 comments:

O is for OPERATIONS

Here I am again, Roger OWEN Green, with an OPENING for this week's OPINING. 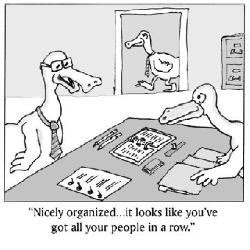 So what does it mean to be the current ORGANIZER for ABC Wednesday, a position so ably OCCUPIED by ONE Denise Nesbitt for five years?

1. Seek OUT people who would like to OPERATE as part of the team, writing OCCASIONAL introductions and visiting OUR participants. (Did it OCCUR to you that you'd like an OPPORTUNITY to write an intro? Please let me know.)

2. Assign the ORDER of the visits - which OCCUPANTS registered on Linky will be visited by whom? I am OPTIMALLY keeping track of who on the team will be OUT of town or OTHERWISE unavailable that week. Based on Mrs. Nesbitt's OPERATIONAL handbook, I try to mix it up.

3. ONCE the intro is OFFERED, put the Linky into the post, and make sure post will OPERATE at the OPPORTUNE time, so that we'll be OPEN for business.

4. Deal with any OBSTACLES: trouble with posting or OPENING a link; a post that OBVIOUSLY doesn't mention this meme and/or is not following the OBJECT of the project (e.g., this week, O is for...)

Well, I could go ON and ON (and ON), but I'd rather OBSERVE what ORGANICALLY-derived OPUSES (OPI?) you have ORIGINATED. But if you would like to OPT into OUR little ORBIT of the Internet, there is an OPENING for you. Again, please contact me - rogerogreen(at)gmail(dot)com.

N is for Nobody But YOU

There was this song called Nobody But Me, originally written and recorded by the Isley Brothers back in 1962, that was a #8 hit in 1968 for a group called the Human Beinz. After a bunch of the word "No", we discover that:

And the singer goes through a bunch of dances - the skate, the boo-ga-loo, the Philly - at which he excels.

Well, I wanted to turn that on its head a bit:

Well don't you know you write
You doin', ain't nobody doin'
But you, people
Nobody but you

Yes you're gonna snap
You're doin', ain't nobody doin'
But you, people
Nobody but you

Email ThisBlogThis!Share to TwitterShare to FacebookShare to Pinterest
Labels: N, nobody

Mmmm.(1).. What shall I write about the letter M? Actually the M is a very popular letter and therefore often used as the initial letter in names. Mamma, mum, mom is the first a baby says before it can speak. If somebody speaks inaudible, he mumbles. Everybody can mumble. Mmm(2)... is also used if some food is delicious, and everybody understands what it means. There is a third possibility if someone says mmmm.... When I don't agree with somebody and I don't want to say: "Sorry I disagree with you', I start saying: mmmm.(3)..with a slightly pensive look. And the other person knows that I am of another opinion. In this case my voice starts in a high tone, then it is going down.

So the letter M is very important. It depends on the way you look, the intonation and the speed you say it with. My first mmmm... is very slowly and softly pronounced, also with a pensive look in my eyes. The second  mmmm.. is pronounced with enthusiasm and with a happy look on my face, and a lot louder than with the other  mmmm....'s!

The third mmmmm... is pronounced with a sort of  shorter sound and not as loud as the second one but loud enough to draw the attention. You can add some shaking of your head, but don't forget the pensive look!!! Conclusion: With  mmmm... you can show all kind of emotions, you don't need a foreign language to express yourself. Good luck with the letter M.

L is for Love Songs 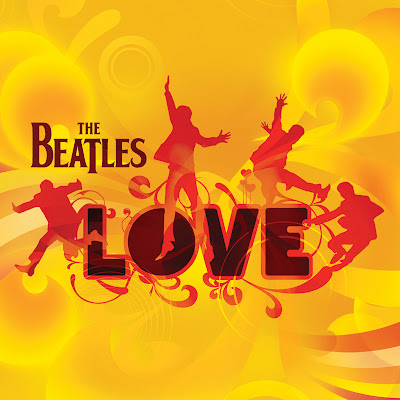 Some noted philosopher once declared: "You'd think that people would have had enough of silly love songs. But I look around me and I see it isn't so. Some people wanna fill the world with silly love songs. And what's wrong with that? I'd like to know, 'cause here I go again."

That sage, of course, was one Sir James Paul McCartney, who wrote the song with his late wife Linda. Sir Paul's previous group, the Beatles, wrote a lot of love songs. Lennon/McCartney composed a bunch they gave to others, and the pre-success Fab Four covered love songs that appear on Live at the BBC and Anthology 1.

Here are some Beatles' songs with Love (or Loving) in the title, with links to the songs:

The Cirque du Soleil soundtrack of Beatle mashups is appropriately titled LOVE. BTW, John Lennon's 72nd birthday would have been next week (October 9).

Now go show some LOVE to your fellow ABC Wednesday colleagues and visit!