Hello and good morning, -afternoon, -evening, dear people who all participate is this wonderful photo-meme, which is a joy to me, week after week, after week. I’m always curious to what you come up with! 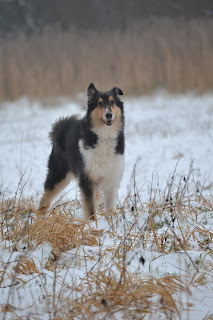 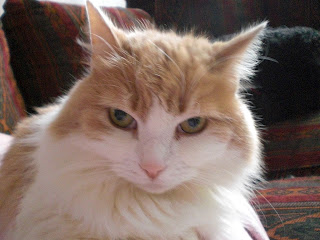 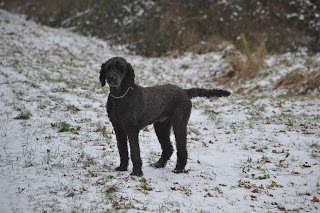 I want to introduce you to the greatest DELIGHT of my life, the living kind that is.
My dogs... The first one is a Scottish Shepherd dog called Brego and the second one is a ladycat called Precious and the third one is French King Poodle called Noah.

Precious is born in our home but Brego and Noah are shelterdogs. April 28th 1983 we started living together and on that same day we got 2 kittens, followed by many others. We also had lots of different birds in the house.

November 9th 1984 I quit my job for maternity leave and the next day we went to a shelter to get a dog, ever since that day we had dogs as well.

We made the choice to never buy a puppy from a breeder because the shelters are always crowded and that animals in such places need our help and love much more that to put money in somebody's hand to create more animals which partly end up in misery.

To have animals in the house is always one of the biggest joys. We had lots of them during the past years and we would like to have much more but we have to be realistic as wel. There is just not enough space for it. If we had had the space we would have oned even larger dogs, my favorites are the great Danes for example. We always search for addions to our family which will fit the best, thinking of not only their size but more so their needs, which differs enormously per breed.

Like I wrote already, my greatest living delight are animals, all kinds. One of my dreams has always been to have a shelter of my own but for that one needs a lot of money and that we never had. So in our 'little' way we try to do the best we can for animals in need by donating money and taking them in our home.

Our household is ruled by them ;-) we adjust ourselves around them and their needs.

Animals are precious and vulnerable ccreatures, they need us! If I could change one thing in the world then it would be that no animal ever would have to suffer again in any way!