A cacophony of C’s careens through the crevices of my so-called brain!   The cadences of music creep without caution from my cranium.
A song from Bing Crosby -- “I’m Dreaming of a White Christmas”  -- sounds so comforting as we contend with the current heat wave in the Midwest USA.
Per chance, is it the conundrum of staying cool that is making me “Crazy” -- as in the hit by Patsy Cline.
And speaking of Willie Nelson (he wrote “Crazy”),  I crave outlaw country lyrics as they continue to surface willy-nilly.  “Chances will be taken….” croons Gary P Nunn in this ditty, the “London Homesick Blues.”    It became the theme song of the PBS TV show, Austin City Limits, the longest running popular music show on American TV.
Of course, there is the ultimate country song,  “you don’t have to call me darlin’, darlin’, but you never even call me by my name”, by Steve Goodman and John Prine which was a big hit for David Allan Coe.
Contrary to what you may be thinking,  and lest you conclude I cotton only to country, here is a little Chopin played by Piotr Anderszewski, a Gilmore Artist (from Kalamazoo’s Gilmore International Keyboard Festival).
Have I cajoled you into contributing to the celebration of C?
Please come up with something to calm down the consternation in the convoluted cubicle of my head!
Throw caution to the wind and join in! 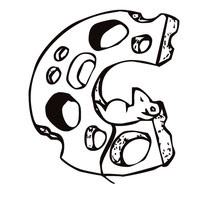 Email ThisBlogThis!Share to TwitterShare to FacebookShare to Pinterest
Labels: C, round 9