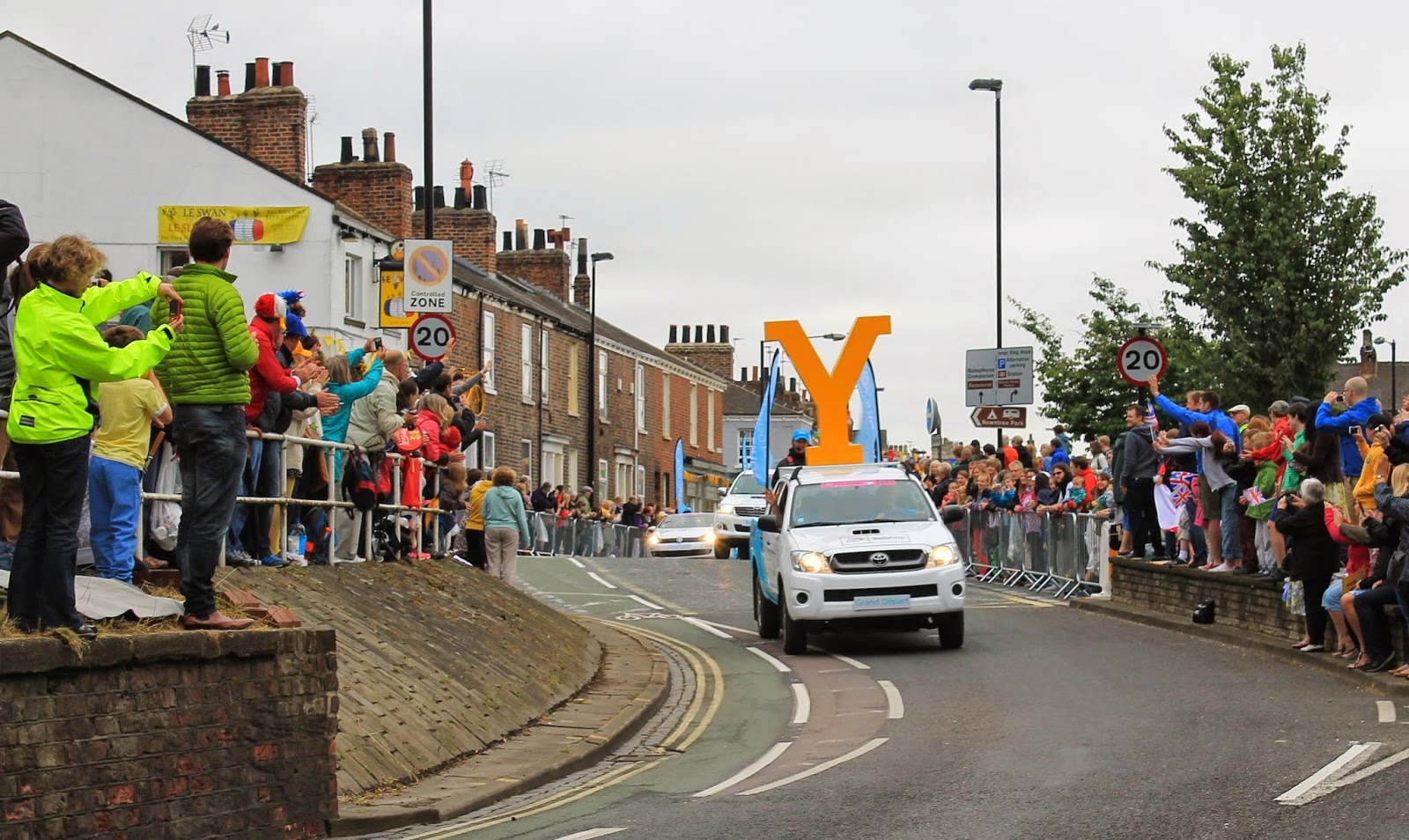 Yuletide is over and now it is almost  time to cheer in the New Year with a glass or two.  The crowds have gathered and the letter Y is in town.  Time to link up.  Despite the early morning grey skies in the photo our yellow Y motoring down the road in Yorkshire would soon see the sun come out, once it had left the city of York.  Not far behind this Grand Depart car and the promotional procession would be the Yellow Jersey cycling through the streets, the Tour de France's first visit to the white rose county of Yorkshire. 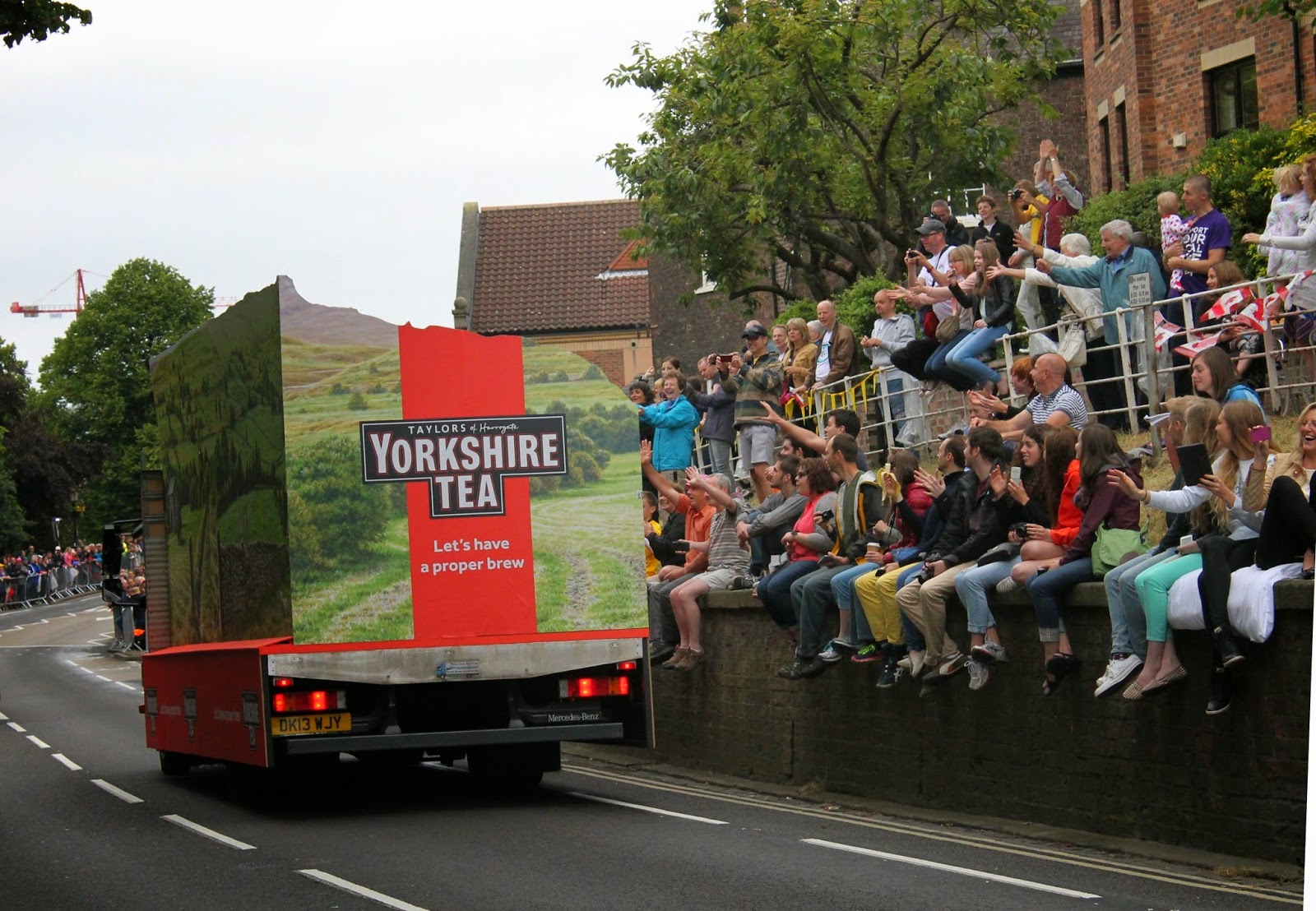 Where they drink a lot of Yorkshire Tea.

Now stir the fire, and close the shutters fast,
Let fall the curtains, wheel the sofa round
And, while the bubbling and loud-hissing urn
Throws up a steamy column, and the cups,
That cheer but not inebriate, wait on each,
So let us welcome peaceful evening in.
(From The Winter Evening by William Cowper)

Xmas is a common abbreviation of the word Christmas. It is sometimes pronounced /ˈɛksməs/, but Xmas and variants such as Xtemass, originated as handwriting abbreviations for the typical pronunciation /ˈkrɪsməs/. The "-mas" part is from the Latin-derived Old English word for Mass, while the "X" comes from the Greek letter Chi, which is the first letter of the Greek word Χριστός which comes into English as "Christ".

There is a common belief that the word Xmas stems from a secular attempt to remove the religious tradition from Christmas by taking the "Christ" out of "Christmas", but its use dates back to the 16th century. So “Xmas” and “Christmas” are equivalent in every way except their lettering.

In fact, although writing guides such as those issued by the New York Times; the BBC; The Christian Writer’s Manual of Style; and Oxford Press discourage the use of Xmas in formal writing, at one time, it was a very popular practice, particularly with religious scribes, who are thought to have started the whole “Xmas” thing in the first place. Indeed, the practice of using the symbol “X” in place of Christ’s name has been going on amongst religious scholars for at least 1000 years.

Eventually, this shorthand trick spread to non-religious writings where nearly everywhere “Christ” appeared in a word, the Greek Chi would replace that part of the word. For example, in the 17th and 18th centuries, there are numerous non-religious documents containing instances of “Xine”, which was a common spelling for someone whose name was Christine.

I want to offer, on behalf of the ABC Wednesday team, a sincere wish that your Xmas, or Christmas, be a merry one.

Whoa I missed the Writeup !!

Sorry folks.  Lets begin with the good news first. We are all set to become proud parents in Feb next year.  With all of this sinking I  am quite lost these days and so I missed my Writeup !! Well its all W here isnt  and my buggest of all the WIFE :D... I hope it was not too Worrying seeing the missing writeup.

V is for Vines

Vines like ivy with their vice like grip try to take over the world. The ivy at my house is claiming a victory over my windows. 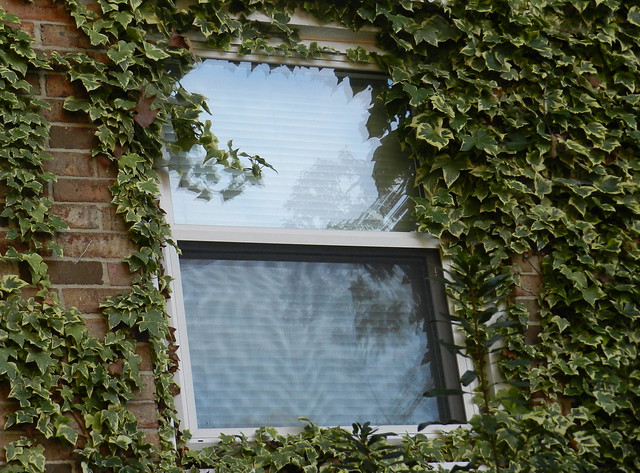 Veer on over and visit each other.

U is for Undulating

The undulating water combined with reflections created an unusual design. 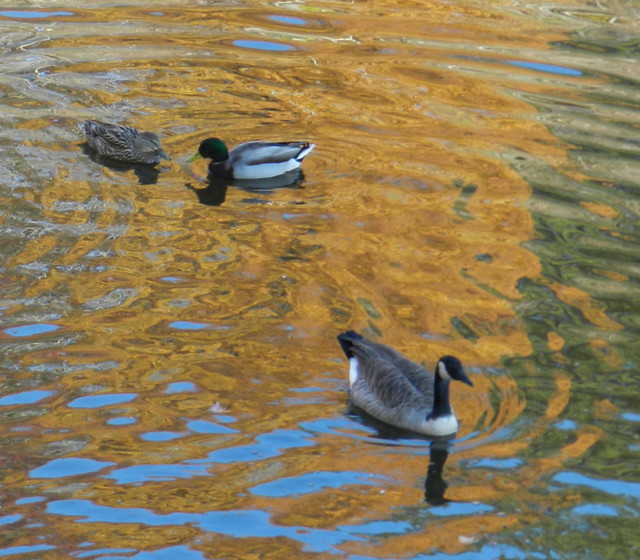 There are many unique entries each week so I urge you to visit each others U posts.
***